Heroes of the Storm Live Streaming

I've been playing the MOBA (Massive Online Battle Arena) Heroes of the Storm from Blizzard since it was in Beta. Recently YouTube released an update to their site, probably to compete with Twitch.TV allowing for users with accounts in good standing to do Live Streaming.

Following some of the help that YouTube is kind enough to provide, I setup the Open Broadcaster Software and after a little trial and error was able to get the software capturing the Heroes of the Storm window to stream some games from my point of view. Clearly I'm no Markiplier with a webcam to capture my reactions while I game, nor am I anywhere near the caliber of player that you'll find on any of the professional teams as I only play a few games a day to clear out the daily quests I'm given. So, between the fact that I don't have access to all the various heroes so far, and that I play what is needed for the quest, I'm not really proficient with any of the heroes, but still find the game fun, especially as new heroes are being added and new maps show up every few months which changes up the way the game plays.

I used to play League of Legends, and tended to play Ashe, so not surprising that I have a preference in Heroes of the Storm for the various ranged assassins, such as Valla or Jim Raynor, but variety really is the spice of life, so I've, so far, leveled up Valla, Raynor, and Zagara to unlock their master skins and I'm slowly leveling other characters based on the quests that they satisfy. 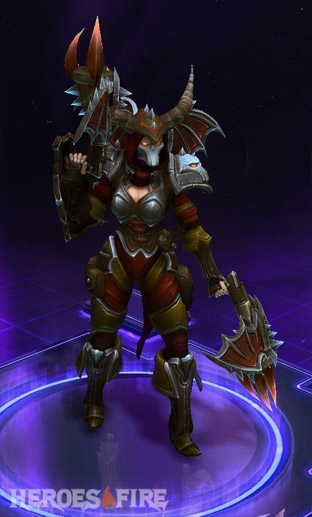